The return of the Sneffels Half Loop backcountry ski race was a welcome one. Forty-one racers took the starting line and forty-one finished at the Ridgway Hut access road and the Blue Lakes trailhead, respectively, the long and short courses. 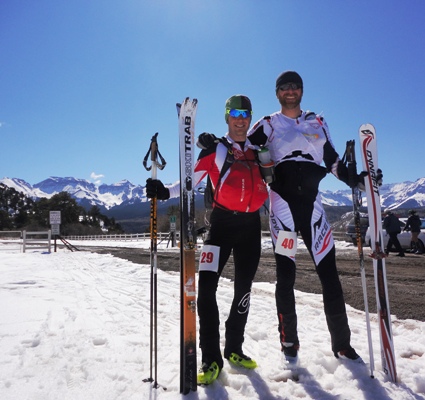 Brian Smith (left) of Gunnison took first place with a time of 5:25:39, followed oh so closely by second place finisher Scott Simmons (right) of Durango with 5:25:44 at the return of the Sneffels Half Loop race last weekend.

“We’d like to say thank you to everyone–it was a great race,” said San Juan Hut Systems’ owner and race organizer Joe Ryan. “The trail conditions were very good and the weather was awesome–it was a total blast.”

The bulk of top finishers hailed from Crested Butte/Gunnison and earned what San Juan Huts’ called the Butte Mutants title after they tackeled the race with grace. 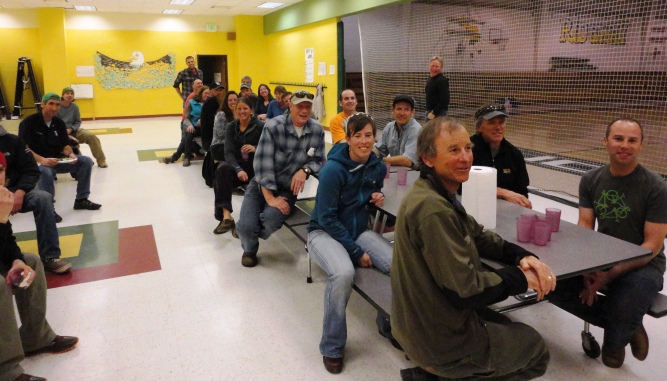 Pre-race dinner fuel up in Ridgway. Skiers were getting race ready with spaghetti served by SJHS’s loyal race volutneers, who were also great cooks.

“We want you back for running and biking,” said Ryan. “We look forward to seeing you all next year!” 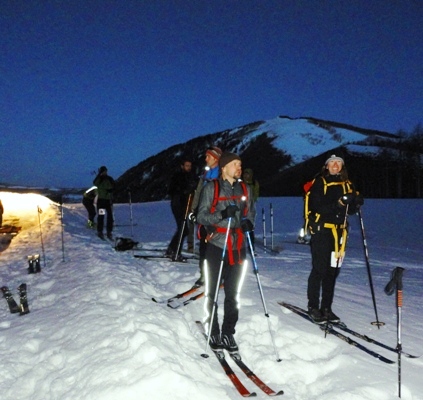 Skiers at the start. The Sneffels Half Loop started at a prompt 6 a.m. at dawn of a sunny day at Last Dollar Pass.